Periodontal disease, commonly known as gum disease, affects about 30% of the adult population and is the number one cause of tooth loss in adults. Many denture cases begin because of this chronic condition. While not curable, with regular professional hygiene appointments and consistent home care, it is controllable. Gum disease can advance with few signs or symptoms. Many patients diagnosed with this condition experience no pain and are surprised by the quiet yet swift damage that periodontal disease leaves in its wake. In simple terms, look at your gums and bone around your teeth like the foundation of a house. Just like a house, the foundation must be sound regardless of the beauty of the home. When the foundation crumbles, the rest of it does too.

Our mouths provide a home to millions of bacteria, both beneficial and harmful. Bacterial waste forms a sticky substance, called plaque, which adheres to the teeth. Brushing and flossing remove plaque before it mineralizes into tartar. Tartar becomes a colony for more bacteria releasing toxins into the gums.

Thanks to your immune system, gums react to this bacterial invasion with an inflammatory response. Around the base of each tooth, there is a collar of gum tissue that forms a small pocket. This warm, dark environment provides a perfect habitat for tartar and bacteria to infiltrate.

Early inflammation results in bleeding gums, known as gingivitis. Bacteria left untreated and undisturbed create a chronic infection in the periodontal pocket. In many cases, the bone begins to deteriorate around the teeth. While gums may be slightly tender at this stage, there’s generally minimal discomfort as the bone begins to erode.

More than 50% of the bone around your teeth can disappear before you notice any signs of looseness or pain. The bone around teeth never regenerates, so this loss becomes permanent and harder to control as the bacteria hide deeper in the gums. In advanced cases, untreated gum disease leads to abscesses and generalized tooth loss. 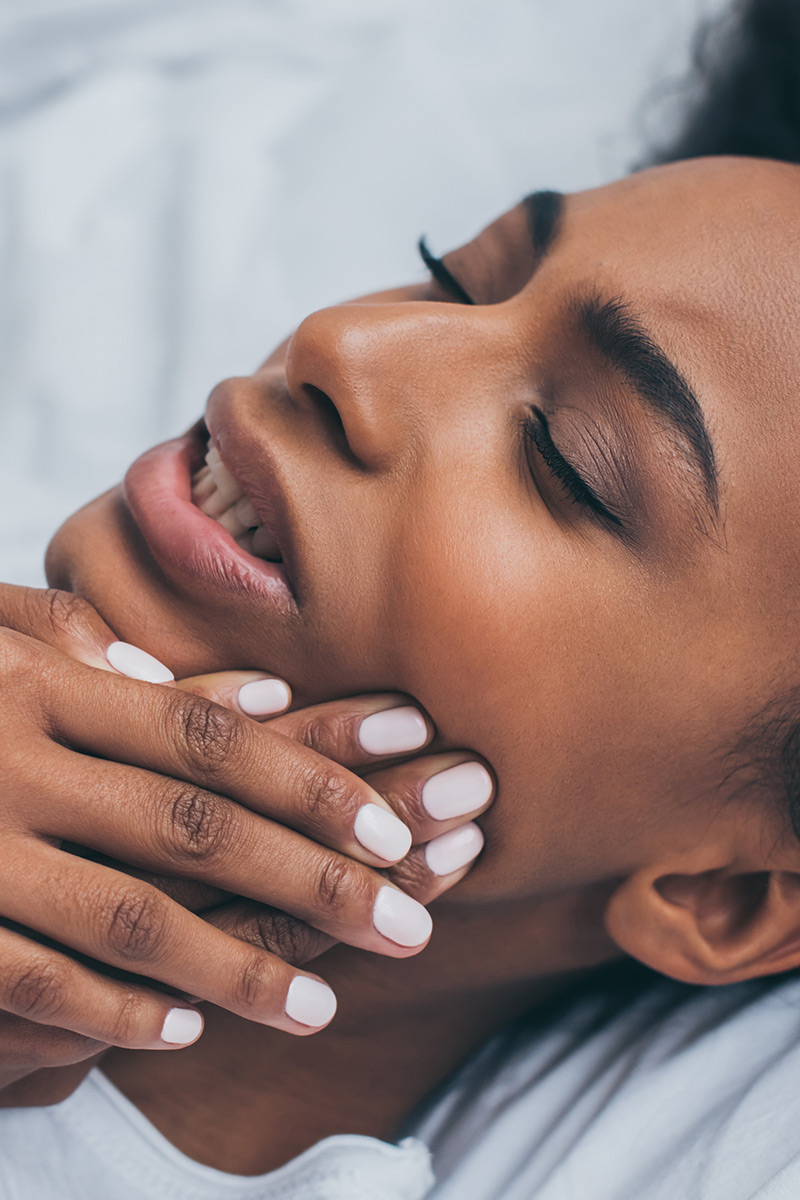 There are several factors we take into account before we make a gum disease diagnosis. The small collar of gum, or pocket, around each tooth is usually 2-3 millimeters deep, a space that is easily cleaned by floss or toothpicks. Drs. Andrew and Joya Lyons or our hygiene team can measure and chart multiple areas using a small measuring device called a periodontal probe. If these measurements are more than 3 millimeters and bleed upon probing, then periodontal disease is present.

Drs. Andrew and Joya Lyons will also evaluate the texture and shape of your gums and detect any movement in each tooth. It’s also vital to examine the levels, shape, an0d density of the bone around your teeth on digital x-rays. By collecting this data, a clear picture forms about your gum condition. After establishing a diagnosis that defines the severity of your gum disease, we can develop a personalized treatment plan. In milder forms with little or no bone loss, one or two visits with our hygiene team may bring the condition under control. When you leave our office with a strategy for daily home care and an established professional maintenance schedule, little additional treatment may be needed.

If the inflammation has advanced and measurable bone loss is evident, a proactive approach to stop further deterioration should be strongly considered. Often, we will suggest gentle numbing of your gums and root planing or scaling. Over a few visits, a portion of your mouth at a time will be deep cleaned. The infected pocket around each tooth, including the mineralized tartar, must be carefully cleaned out with both hand and ultrasonic instruments. Polishing the teeth to create smooth surfaces that help repel stain and plaque accumulation usually finishes this initial therapy.

Drs. Andrew and Joya Lyons may suggest a medicated rinse, an electric or ultrasonic toothbrush, and other specific strategies to help you with your home care routine. Remember, gum disease can be controlled but not cured. Consistent home care is required to control the disease.

Regular home care is critical to stop the progression of gum disease. Within a few hours of cleaning, the bacteria begin to repopulate and adhere to the teeth. Plaque left undisturbed will start to harden and mineralize within 24 hours. Remember, deeper gum pockets require even more diligence to prevent the bacteria from undermining the foundation of your teeth.

Since gum pockets previously damaged by bacteria can be difficult to clean at home, a faithful maintenance schedule with us is essential. We can customize your plan to include two, three or four visits a year depending on the severity of the disease, its response to treatment, and the consistency of your home care.

If our combined efforts don’t slow or stop the progression of your gum disease, we may suggest a referral to a specialist, known as a periodontist. Studies show a link between oral bacteria and conditions such as heart disease, stroke, arthritis, Alzheimer’s, and even certain types of cancer. The relationship between a person’s oral health and their whole-body health has never been more understood than it is today.

Bleeding gums provide a direct pathway into the bloodstream, a journey that oral bacteria can quickly take. If an open wound existed on your skin, infection would be a concern. Gum tissue that bleeds should be looked at no differently. This helps explain why researchers continue to identify oral bacteria deposits in various areas of our bodies.

Diabetes and other auto-immune disorders lower the body’s ability to fight infection, allowing uncontrolled gum disease to advance faster and with more destruction. Research also confirms that the inflammation in the mouth can aggravate diabetes, making it harder to control. This two-way relationship between two chronic conditions emphasizes the importance of proper oral care.